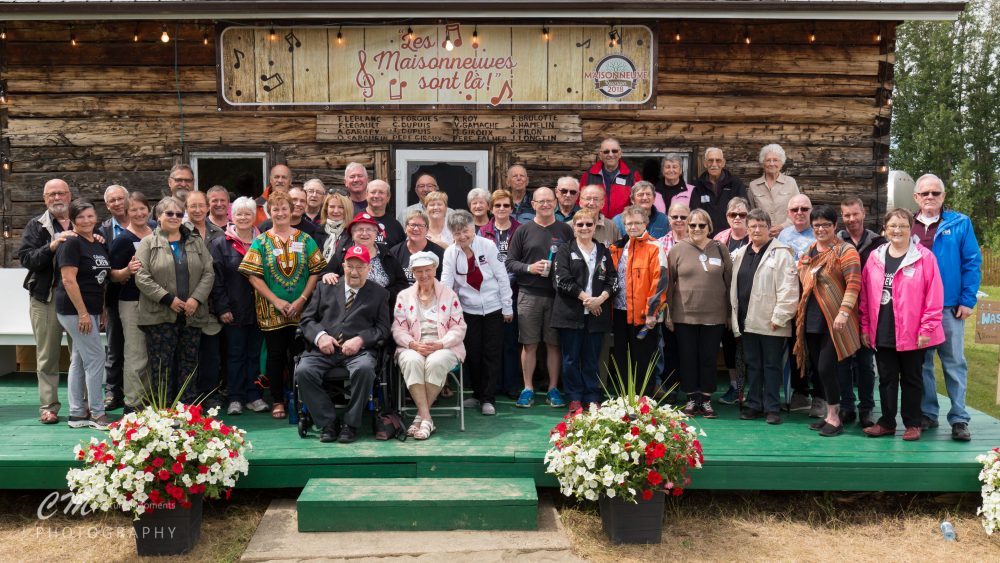 Pictured above, the second- and third-generation Maisonneuve family members at their reunion during the Canada Day long weekend. Photo courtesy of CM Captured Moments Photography.

It has been over a century since Philias and Madona Maisonneuve made the journey to the Smoky River region, to establish themselves in farming, a sawmill operation and other business ventures.

A piece of land seven kilometres southeast of Donnelly, the Maisonneuve Park on Range Road 205, marks their legacy in the region, and for their descendants it’s a place to keep reminiscences in their hearts and/or to learn about their ancestry for the first time. 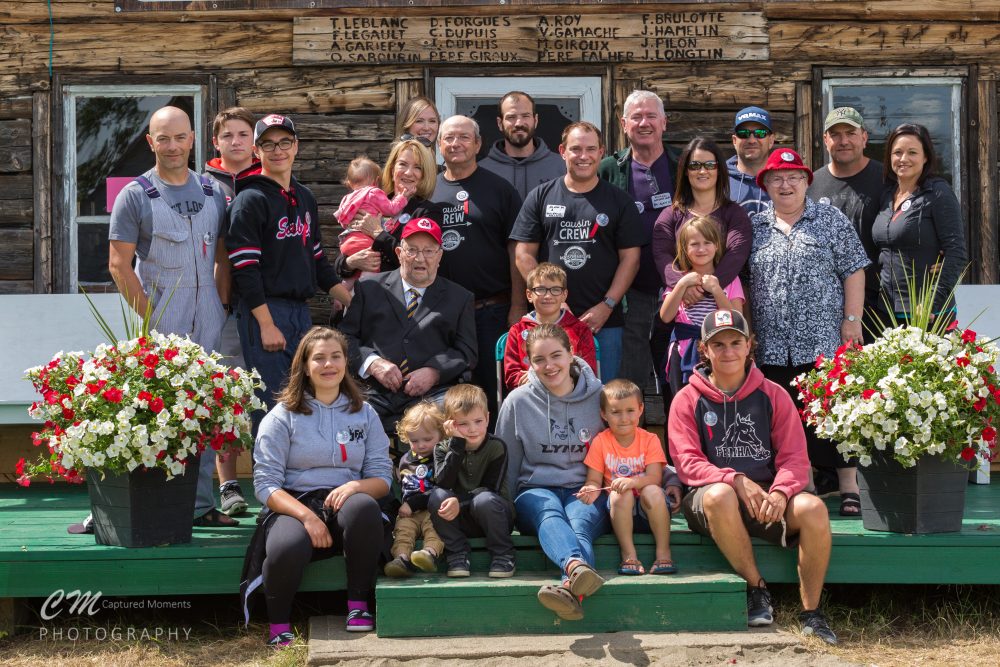 Above, second-generation family member Paul Emile Maisonneuve and his family, at Maisonneuve Park southeast of Donnelly. They and 250 Maisonneuve descendants converged there during the Canada Day long weekend to celebrate their history in the Smoky River region. Photo courtesy of CM Captured Moments Photography.

The Maisonneuve Family, numbering approximately 250 people, met on this land during the Canada Day long weekend. They came from far and wide for the first family reunion since 1992.

“What was really important when we started organizing the reunion in February, was the idea of the elders reconnecting,” says Dolores Maisonneuve, one of the organizers.

“The theme we chose was ‘(Re)unite, (Re)connect and (Re)discover’ – get together and reconnect, but also to discover their family history and roots. Some people didn’t even know they were Maisonneuves, so this was an opportunity for them to find more about that part of their family, their history and their genealogy.”

The Societe Historique et Genealogique de Smoky River in Donnelly was open for family members, so that they could learn more about their ancestors’ presence in the Smoky River region.

“That was really fun for a lot of people,” says Dolores Maisonneuve.

They also had the opportunity to visit Li’l Deb’s Tea House & Holistic Health in Donnelly, the site of one of the first houses/homesteads there, as well as the Girouxville Museum. 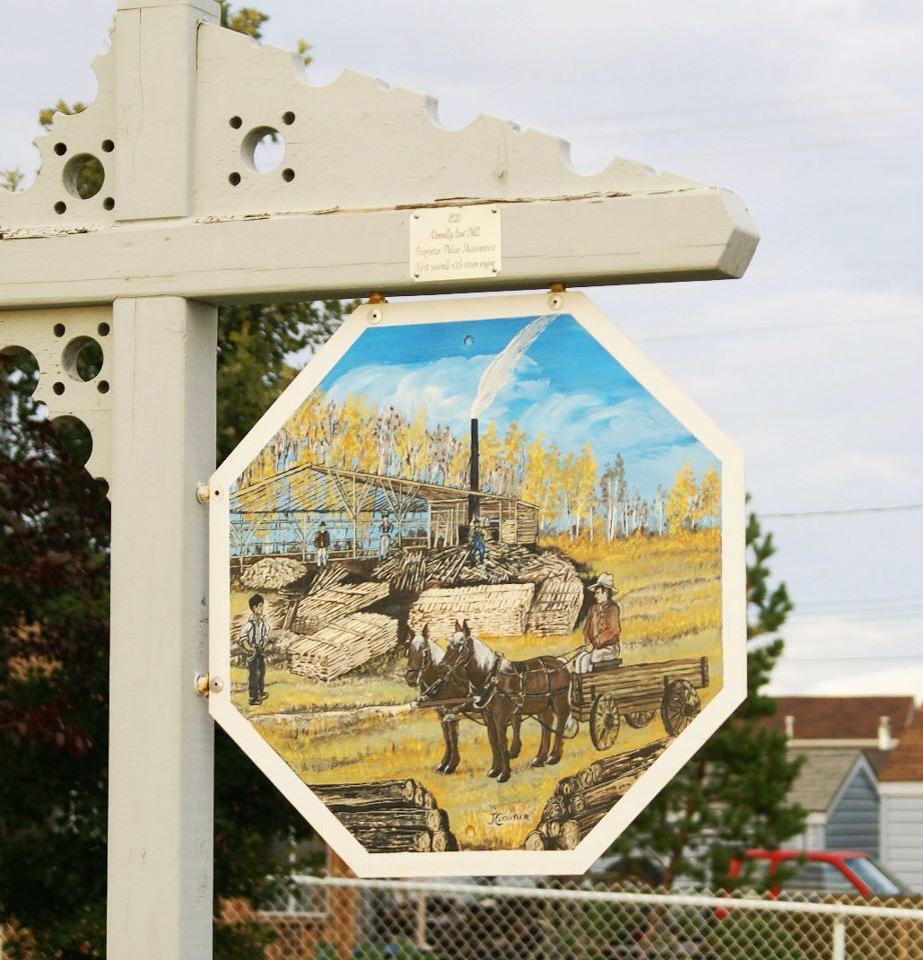 This stop sign in Donnelly denotes Philias Maisonneuve’s sawmill that he brought to the area in 1916.

In Donnelly, there is a stop sign which depicts Philias’ sawmill near the Peavine Creek location.

Holding reunions is a cornerstone of the Maisonneuve Family, she adds.

“It was a very big tradition in the Maisonneuve Family to have family reunions quite often – and they provided a communal atmosphere with their neighbours,” she says.

“When Philias and Madona were raising their kids, there were always people at their home, and there was always singing and visiting. They were known for entertaining people and singing until the morning and then having crepes for breakfast.”

It is her intent to hold reunions frequently, as some of the family members are elderly and she doesn’t want to wait too long between reunions. 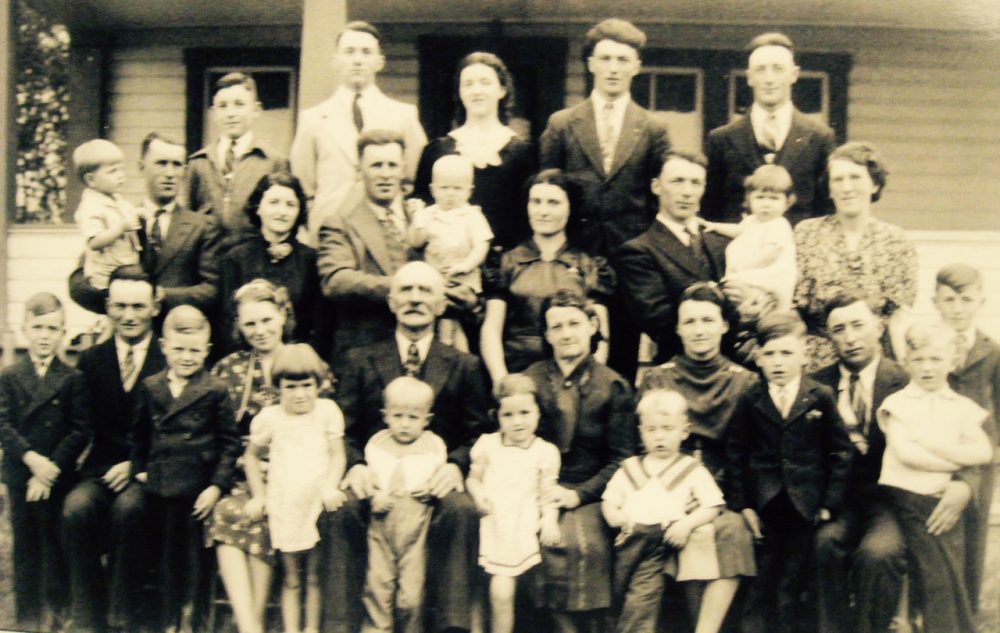 Philias and Madona Maisonneuve with their children and grandchildren in 1938 at the Maisonneuve farm, a few miles south of Donnelly. Philias came to this area, from Morinville (and Rich Valley) in 1916 with his sawmill. Photo courtesy of the Maisonneuve family.

Philias Maisonneuve was born in 1872 at Saint-Lin, L’Assomption county, Quebec, son of Honoré Maisonneuve and Mary Therrien. He came to Morinville in 1892, when he was 20, and applied for a homestead on section 12-55-26-W4, southwest of that town. He was a carpenter and built the convent of St-Paul-des-Métis mission and the convent of Daughters of Jesus at Morinville. With his partner Terrault he opened in 1905 a general store on Jasper Avenue in Edmonton.

In 1906, Philias married Madona Léveillé in Edmonton. Madona was the daughter of Joseph Léveillé and Mélina L’Abbé. In 1909 they sold all their properties in Edmonton and set-up a sawmill in Morinville, which was later moved, first to Rich Valley, then to Donnelly. They also kept and developed their farm in Morinville. 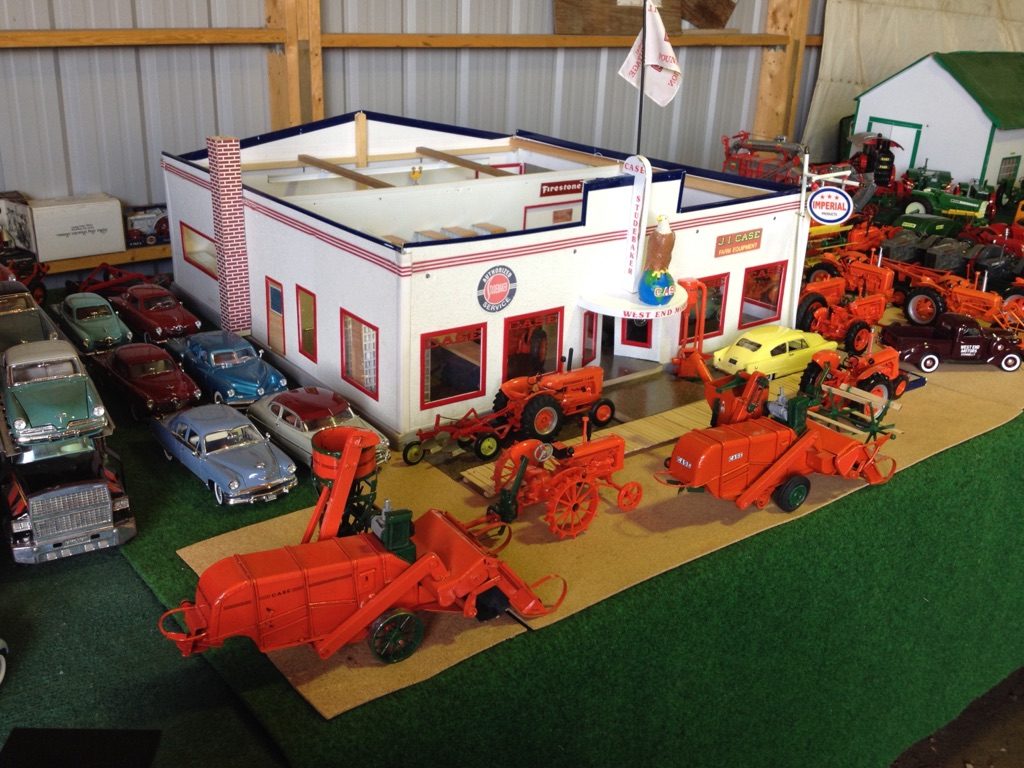 The fonds consists of records pertaining to the immediate and extended Maisonneuve family: the Thérriens, the Moquins, the Veronneaus, the Léveillés, the L’Abbés, the Patenaudes, the Ouimets, the Marcottes, the Boisverts. It includes genealogical materials, correspondence, press clippings and obituaries, as well as family photographs.

More information can be found at https://hermis.alberta.ca/Paul-Emile Maisonneuve.

One son of Philias and Madona Maisonneuve, Paul-Emile Maisonneuve, turns 100 years old next November. He attended the reunion and they held a birthday celebration for him.

“He’s really the only descendant we have left of the second generation,” says Dolores Maisonneuve. “We decided to do something special for him. We were able to get birthday certificates from the federal government, from the provincial government (and) from Queen Elizabeth.”

NDP MLA Margaret McCuaig-Boyd presented these and other awards to him at the reunion.

Younger family members met him for the first time as well, and Dolores Maisonneuves adds that it was a great opportunity for them to get to know him. Paul-Emile Maisonneuve is a veteran of the Second World War and he resides at the Manoir du Lac in McLennan.

Two family members who attended the reunion were Andre Maisonneuve and Gilbert Maisonneuve, who are cousins. They were interviewed for this story.

Andre Maisonneuve’s father was Laurier Maisonneuve, who had a homestead on “Market Road,” what is now called Range Road 210. He worked a quarter-section of land as a grain producer for over 30 years.

Laurier owned West End Motors in Donnelly. He established the business in 1945 and operated it for 10 years. Andre Maisonneuve built a model of his father’s garage in Donnelly, which is found here on www.historius.ca.

Laurier’s career included working at the sawmill near Donnelly from 1926-1935, where he worked as a millwright and as a mechanic. It was a steam-powered sawmill and he obtained his certification as a steam engineer. Laurier also ran the CASE dealership there for 20 years. During the Second World War, he managed the United Grain Grower elevator in Donnelly. In 1945, his brothers Ray and Lucien took over the elevator. 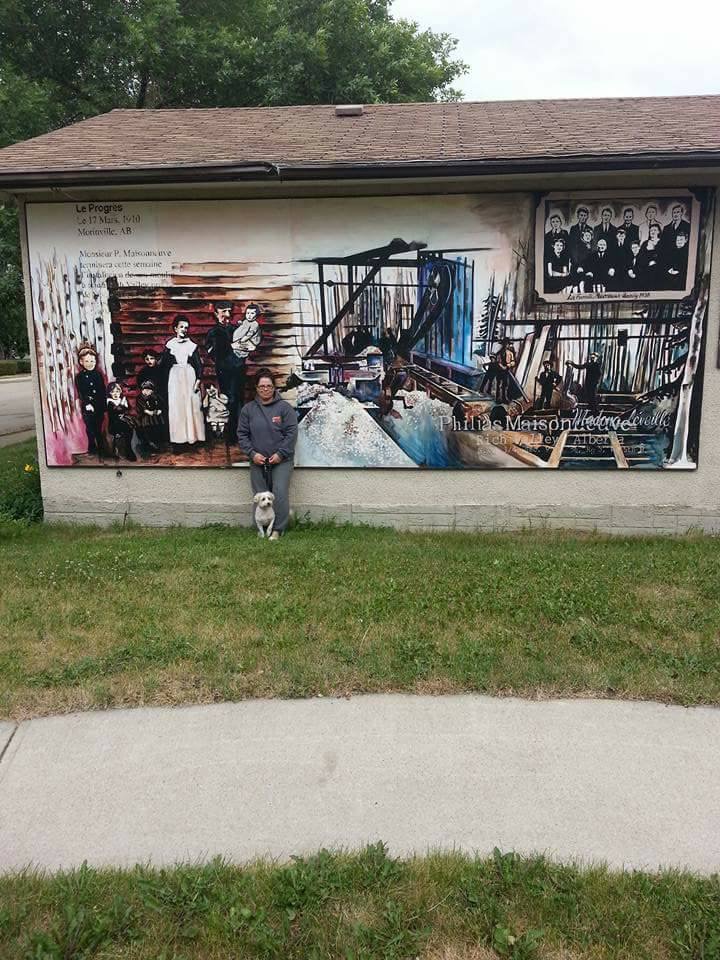 In 1966, Laurier moved to Burnaby, BC moved to work as a millwright for Burnaby Custom Plaining. He worked there until 1969, due to losing his right arm in a workplace incident. However, he was able to work as a boiler operator at Vancouver General Hospital until his retirement in 1974. Laurier spent his retirement years travelling throughout Canada and the U.S. He passed away in 2001 at the age of 90. 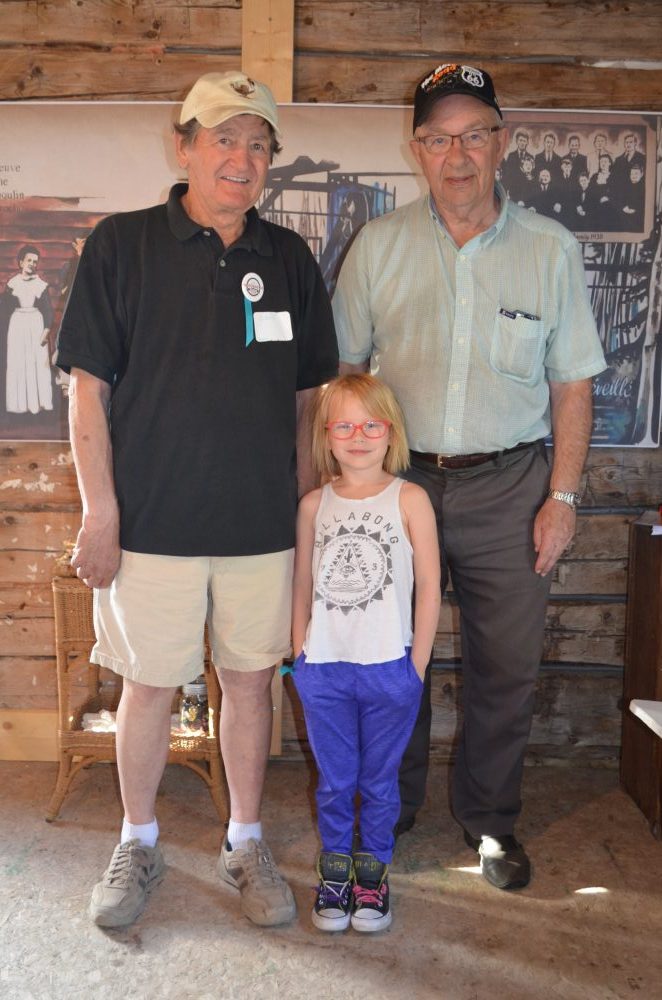 Gilbert Maisonneuve’s parents were Honore and Laura Maisonneuve. Honore worked for the Gillespie Company as a grain buyer. He bought the family farm and sawmill from Philias in the late 1930’s. Philias passed away in 1940.

Honore continued to operate the sawmill until 1956 and he established the ESSO gas station at what is now Donnelly Corner in 1954. He sold the gas station back to ESSO in 1958. 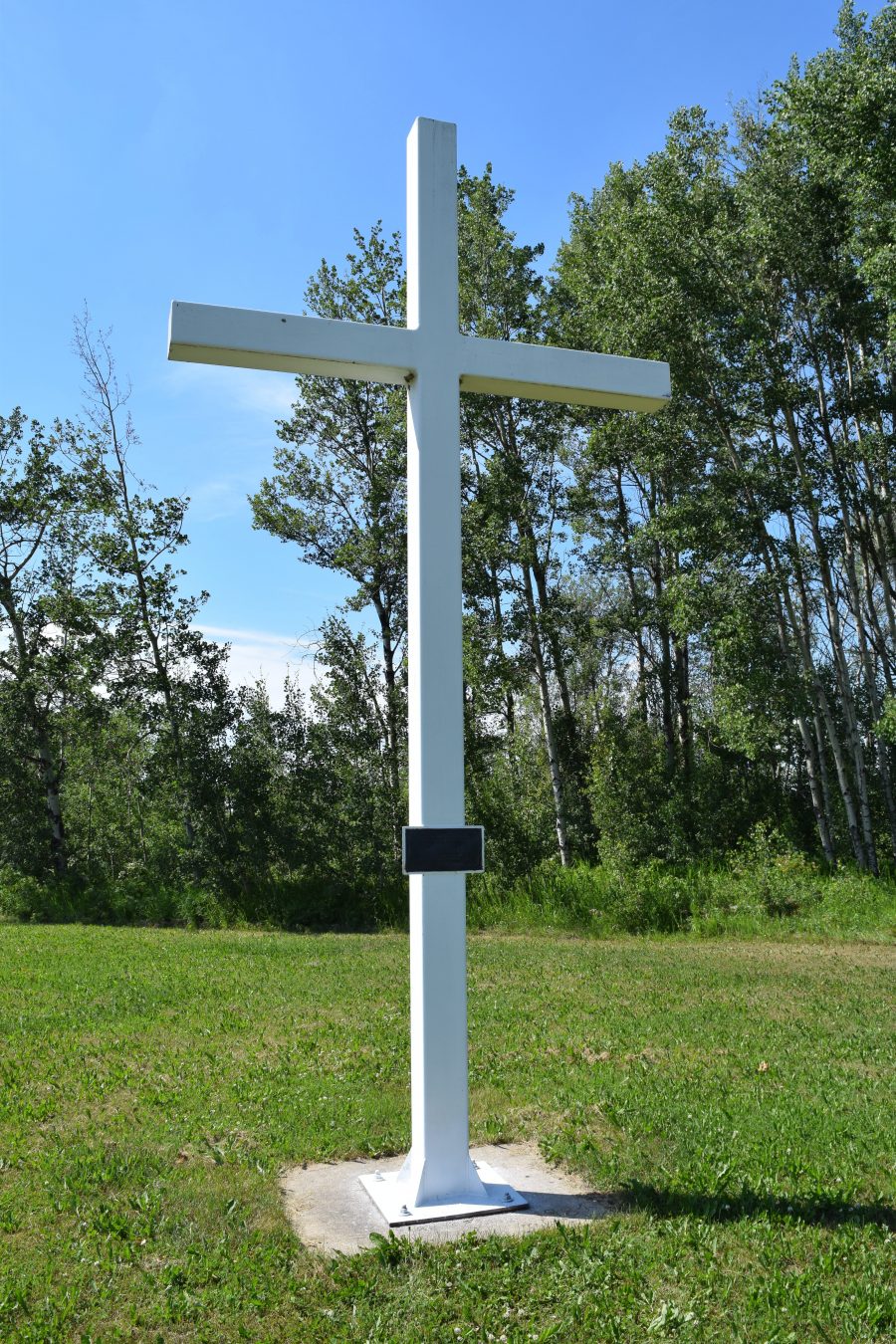 The cross in Maisonneuve Park to signify the 14 settlers who came to the area in 1912.

In 1912, fourteen pioneers arrived at what is now the Maisonneuve Park. A large cross with their names engraved on it, is found there.

They arrived at Grouard by train and set out for what is now Peavine Creek. They surveyed the area for several days to choose land to live on. They returned to Grouard a few days later to file their patents for their chosen lands.

The land where “Maisonneuve Park” is today, was homesteaded by Emile Leblanc, who came with Telephore Leblanc (who was one of the original 14 homesteaders). Philias did not purchase the land until the 1920’s, and since then it has been owned by a Maisonneuve. It became “Maisonneuve Park” in the 1970’s, after the first large Maisonneuve Reunion was held there. However, the original sawmill was indeed located across from the park, on land originally owned by a Cote.

Also found in the Maisonneuve Park is a collection of antique trucks, tractors and farm implements, as well as a couple of old buildings can be found.

There are plans to develop an historical society and apply for heritage status for the park. 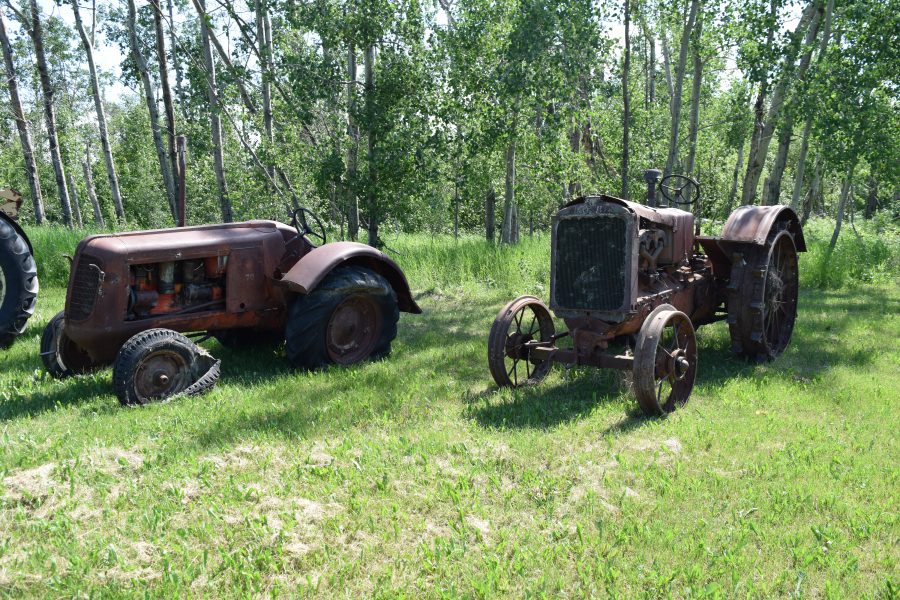 These tractors are among the many antique vehicles at the Maisonneuve Park. 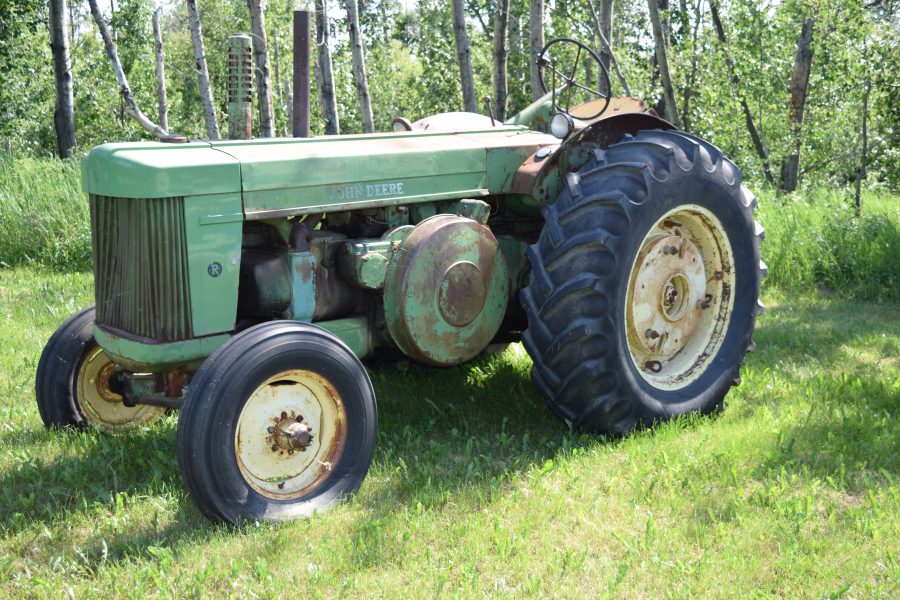 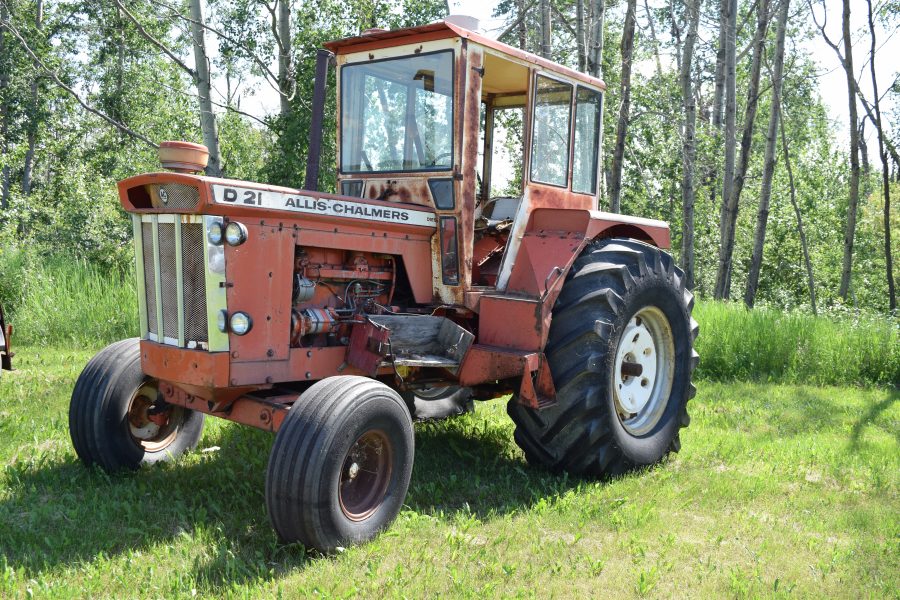 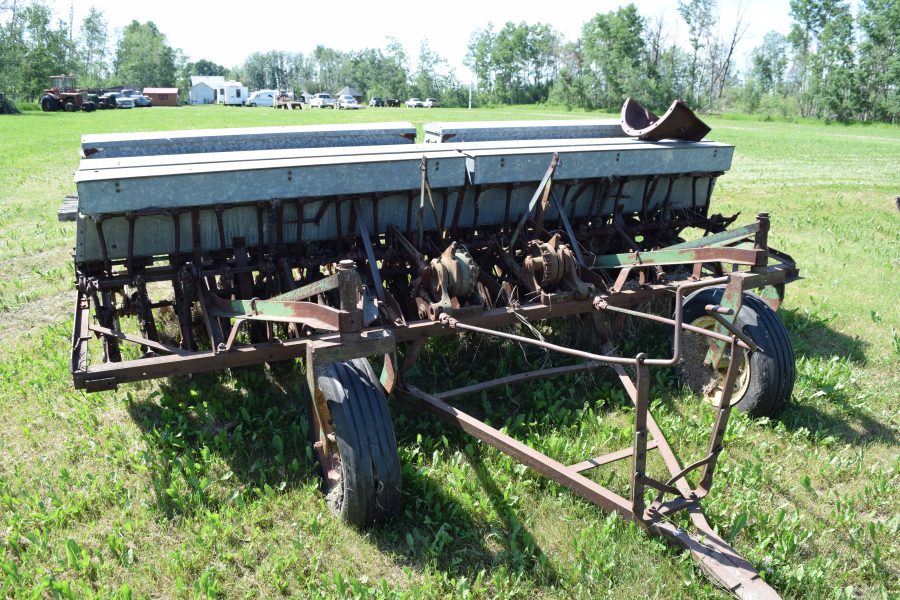 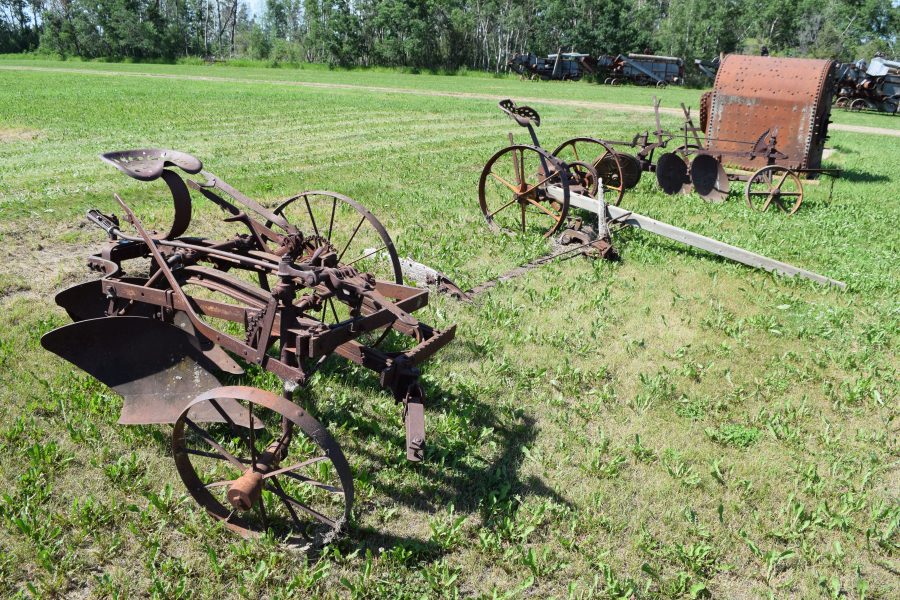 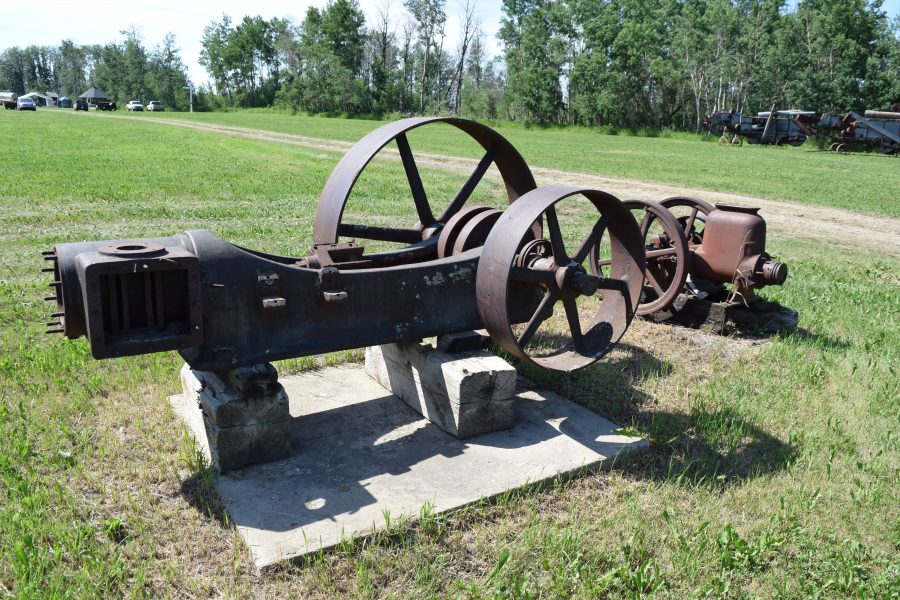 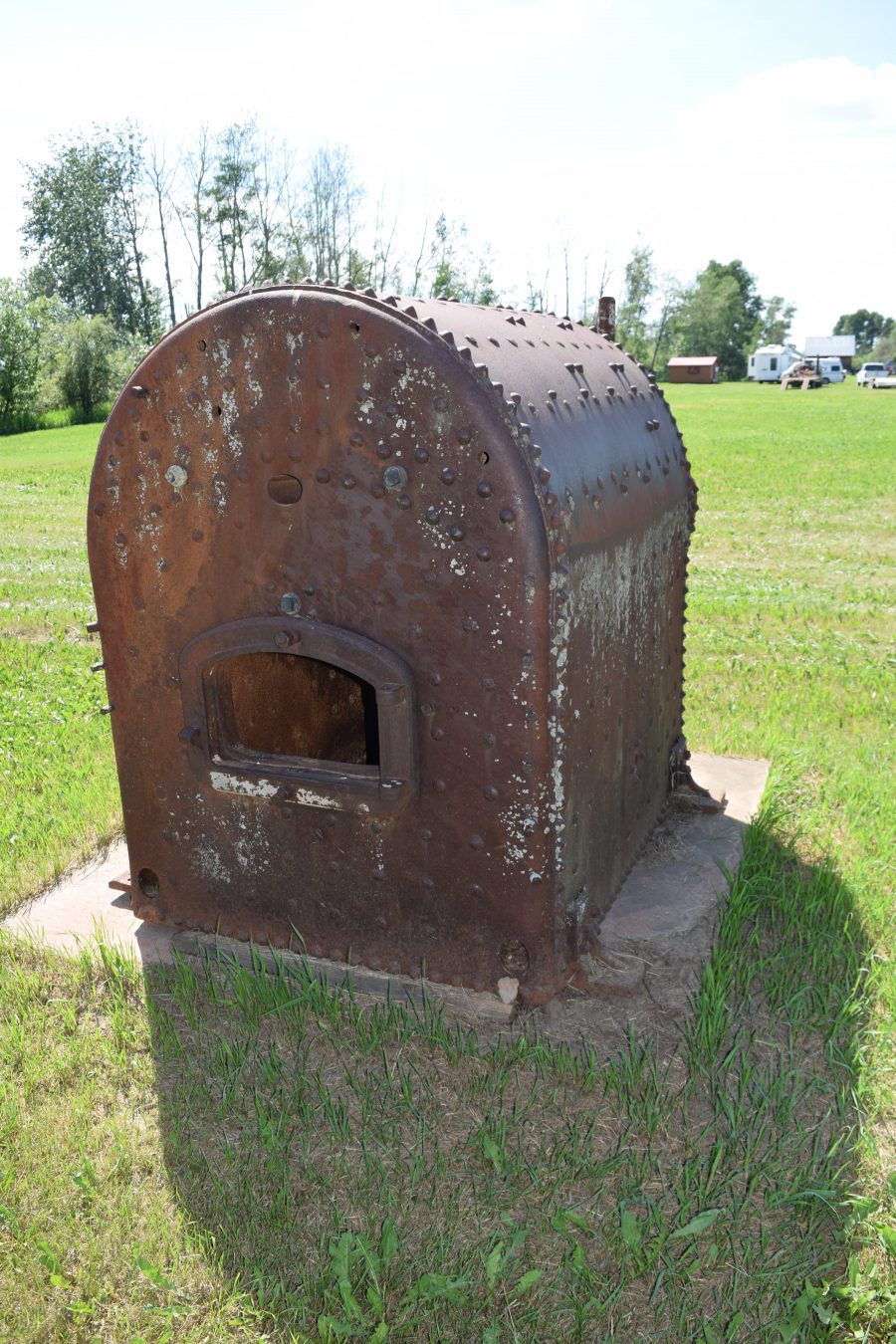 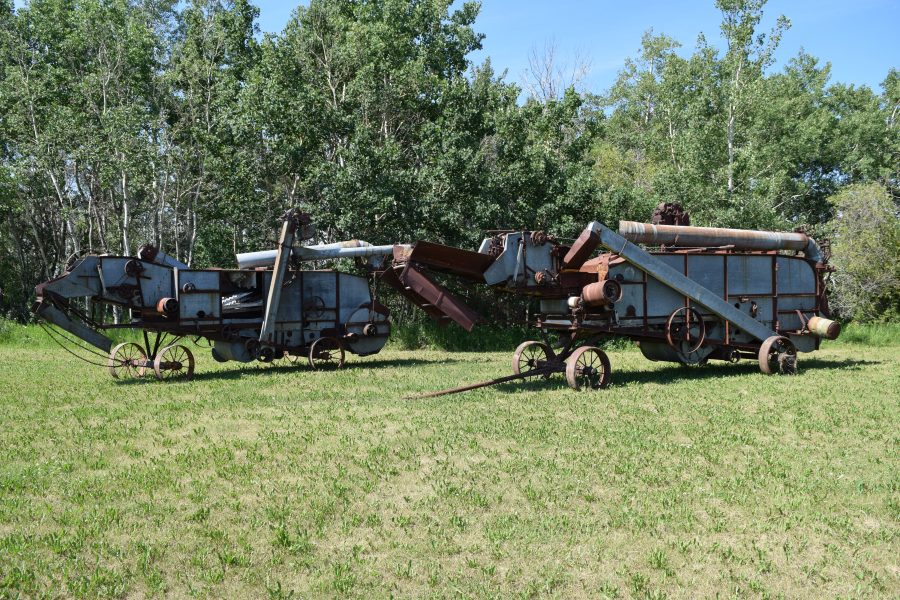 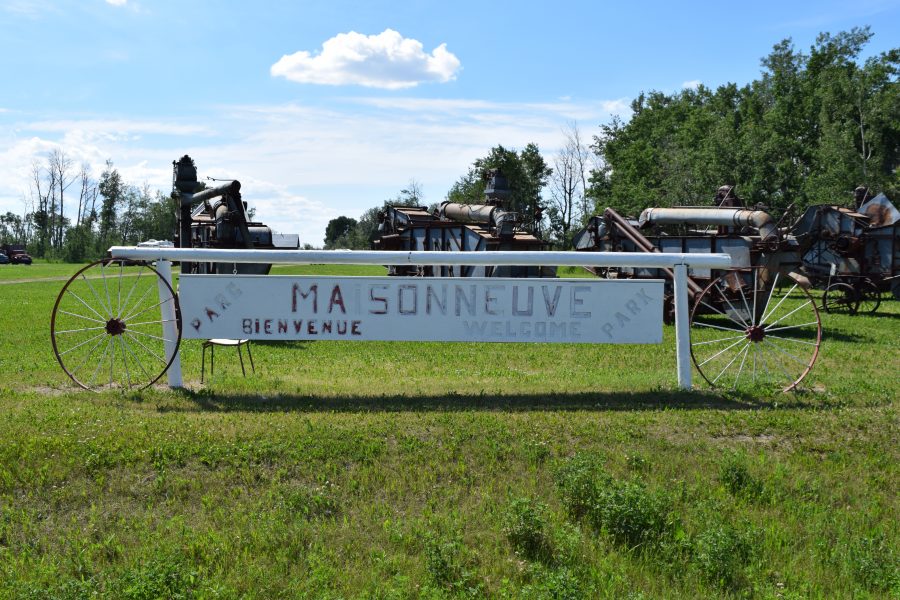