Looking at one picture, admiring it and passing it along, and continuing with other pictures, Winnie Rochon reflects well on her family history and what she has accomplished in her 90 years of life – as well as that of her husband, Paul Rochon, and their children.
“Paul and I got along 100 per cent,” says Rochon. “We thought a lot alike.”
These soul mates were married for 64½ years, from 1951 until 2016, when Paul Rochon passed away. Their four children – one son and three daughters – enriched their lives and they passed along their life lessons to them, including hard work. 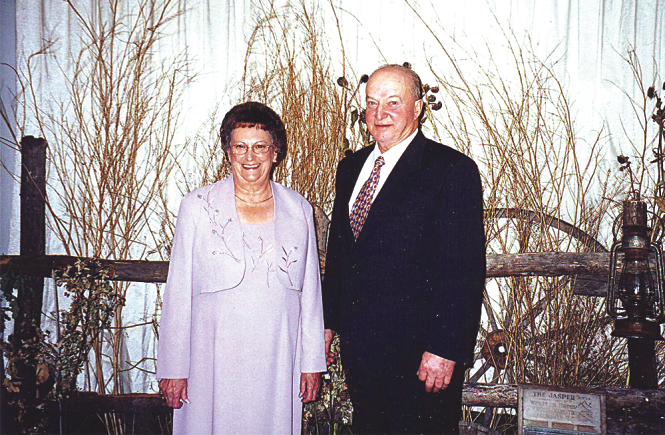 Paul and Winnie Rochon celebrated their 50th anniversary in Girouxville on October 29, 2001. 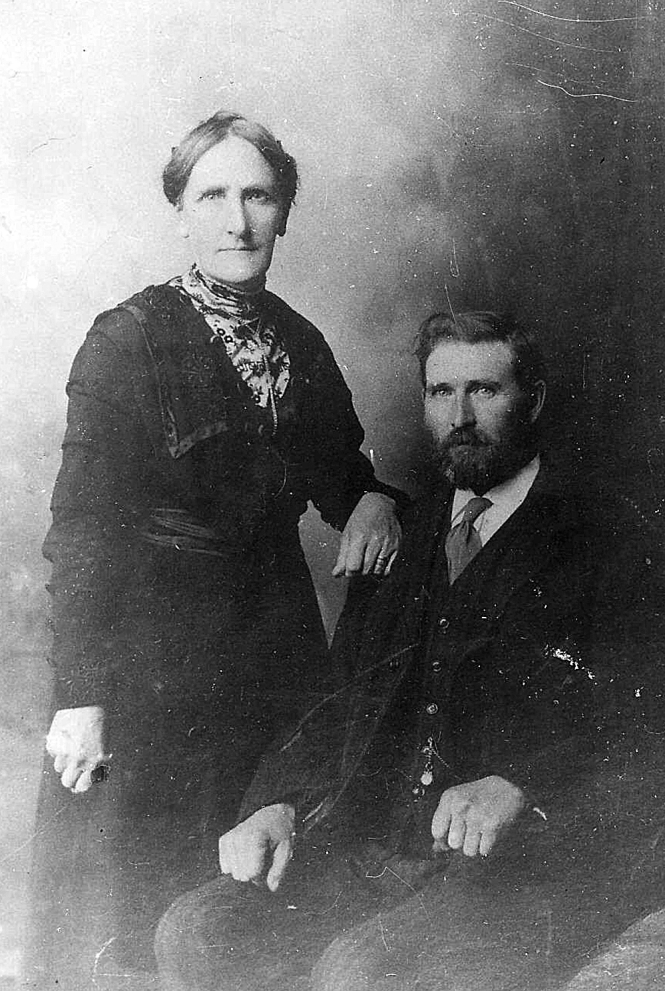 Mr. and Mrs. William Howie, who were Isabella Howie-Owens-Pelletier’s parents. They came from Scotland to Canada in 1921.

ANCESTORS ARRIVE IN FALHER
Born as Winnie Pelletier, she was the second of three children born to Joseph Pelletier and Isabella Howie-Owens-Pelletier.
Joseph Pelletier was born in Quebec and at age 12, he moved to Salem, Massachusetts for employment.
He moved to Saskatchewan in 1916 and lived there for two years. Then he moved to Calgary and was conscripted into the Canadian Army. He was sent overseas, but didn’t serve in the First World War.
Pelletier returned to Canada in 1920 and received a half section of land north of Falher for his military service.
“He was a brave man, marrying a widow with three children,” says Winnie Rochon.
Isabella Howie-Owens-Pelletier and her parents – Mr. and Mrs. William Howie – moved from Scotland to Canada in 1921. Joseph Pelletier and Isabella Howie-Owens-Rochon were Winnie Rochon’s parents, as well as to Alphee and Mary.
Pelletier’s mother, Elmina Pelletier, and her three daughters moved from Massachusetts to Falher in 1922. They lived on the farm until 1924, when all three daughters got married.
Pelletier was a grain producer all his working life. He retired at age 72 and moved to the Villa Beausejour in 1974. His wife passed away that year, and he died in 1981.
“He was an ambitious farmer,” says Winnie Rochon. 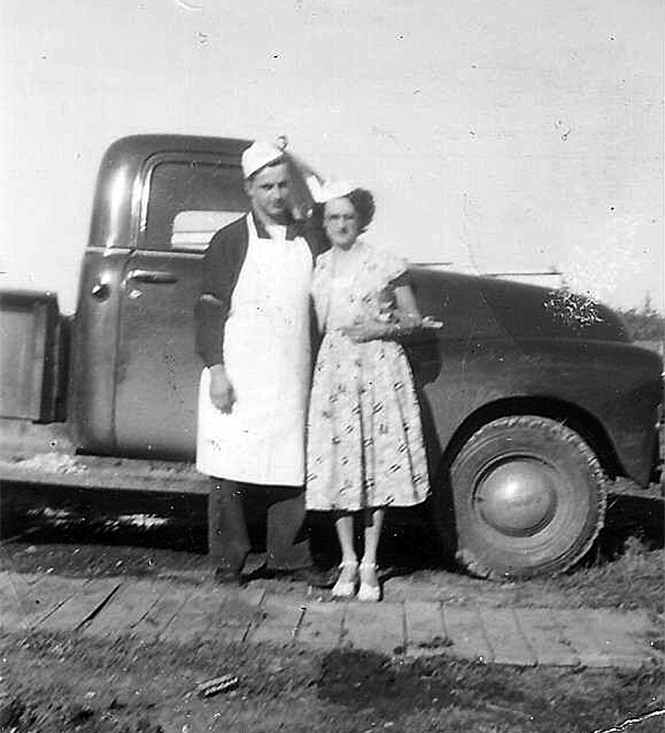 Paul and Winnie Rochon ran a butcher shop in Eaglesham for 16 years.

GROWING UP IN THE GREAT DEPRESSION
Rochon has memories of the Great Depression, including the hardships she had to endure.
Transportation consisted of a horse and wagon for a couple of years, because the family couldn’t afford gas for their car. Their car sat on blocks during those years.
A lot of chores and hard work were part of the farm life, too.
While attending school at the convent in Falher, Rochon had similar shortages to deal with, such as one bowl of water per day and one towel per week for hygiene. She also had to make one dress last the week.
Winnie and the other students at the convent each had to make their own contributions to the operations: 100 pounds of potatoes, one pound of lard, salt, oatmeal and peas for the nuns to cook.
Each student also brought sugar, butter, bread and canned meat for their own consumption.
Winnie smiles and laughs when she thinks back to one typical meal.
“Porridge, a cookie and some cocoa was our breakfast.”
For Winnie, the convent experience was one of the best of her life, especially in the life lessons and manners that they taught her.
“I was always happy at the convent. They taught us to be neat and polite.”
But Winnie had to stop schooling after Grade 8 to look after her ill mother.
Moving into adulthood, she worked at different jobs in Falher, including the Turcotte Locker Plant. 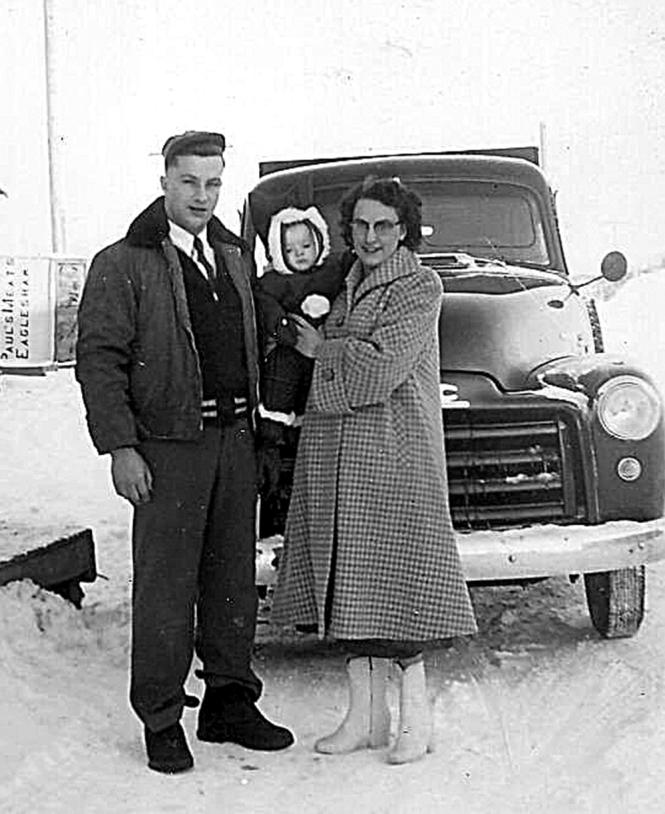 Paul and Winnie Rochon with their son, Norman, in Eaglesham around 1953.

MEETING PAUL ROCHON AND MARRIAGE
It was while working at the Turcotte Locker Plant that she met Paul, in 1950. Following their courtship, they married on October 29, 1951.
The couple moved to Eaglesham immediately, where Paul opened a butcher shop, which he ran for 16 years.
In that time, they had one son, Norman, and three daughters – Lorraine, Jeannette and Doris. Winnie was a stay-at-home mother and she also cooked for many farmhands.
As part of community life, Winnie volunteered for the Catholic Women’s League for 15 years, which included helping with bake sales and other events for the Catholic Church.
She brought up her children in the Catholic faith, too.
Winnie was also involved with the Royal Purple while living in Eaglesham.
Outside the butcher shop, Paul worked as a school bus driver for 50 years, including 16 years on the Eaglesham-Tangent run. 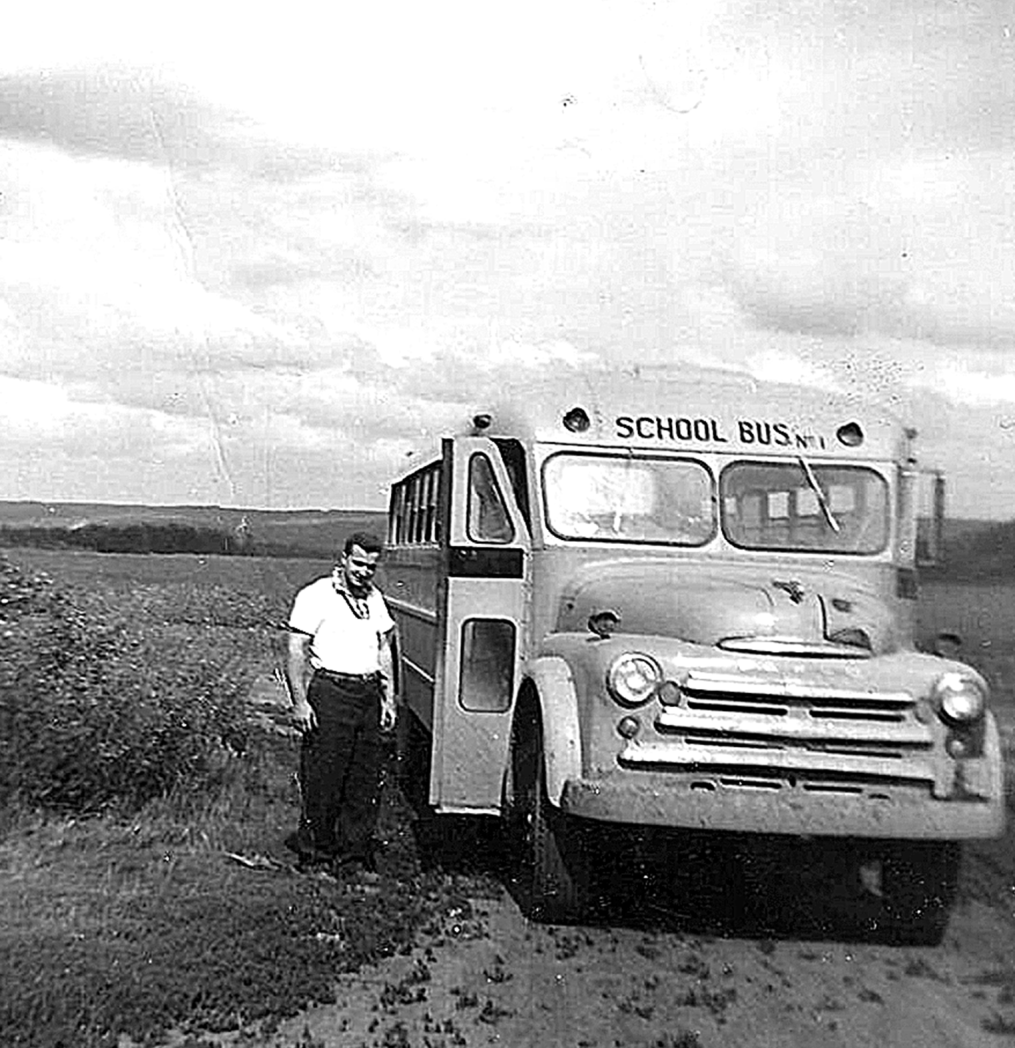 Besides running his butcher shop, Paul Rochon was a school bus driver for 50 years, including 16 years on the Eaglesham-Tangent run.

FARMING IN THE GIROUXVILLE AREA AND RETIREMENT
By 1964, the Rochons were looking to the east side of the Little Smoky River for new farming prospects.
They started buying land in the Girouxville area that year, and by 1968 they had moved to Girouxville.
They spent the next 38 years, approximately, as grain and livestock producers there.
While living in Girouxville, they made time for curling and loved to travel. They also had adventures in Alaska, Hawaii, New Orleans, Acapulco and the Maritimes.
The couple moved to Falher in 2004, choosing to live in an apartment.
They celebrated their 60th anniversary on Oct. 29, 2011.
However, they would not make it to their 65th anniversary.
Paul had a heart attack in 2013 and they moved to the Villa Beausejour in Falher in 2014. He passed away on March 17, 2016 at the age of 83.
Despite her husband’s passing, Winnie continues to live life to the fullest, which includes going to bingo and taking bus trips to other communities with other Villa residents.
“I’m happy to be here at the Villa. It’s home.”
And her 10 grandchildren and 10 great-grandchildren keep her busy as well.
Says Lorraine Roby (Rochon) of her mother, “She is one of the remaining pioneers of this area. She was born and raised and her roots brought her back to Falher.” 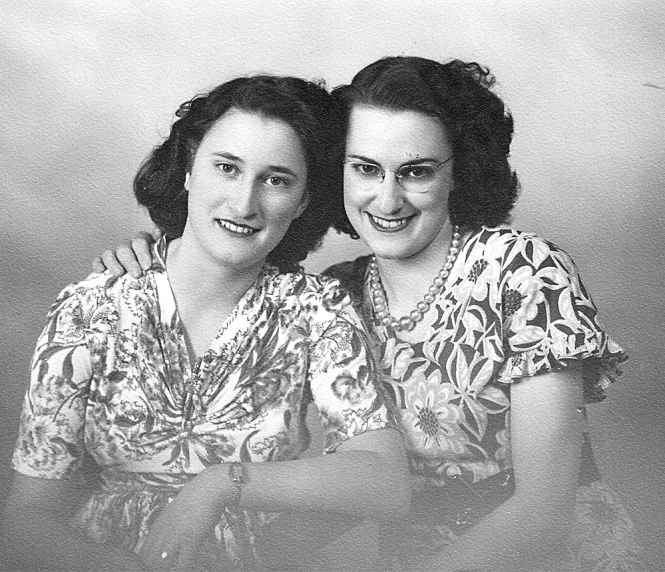 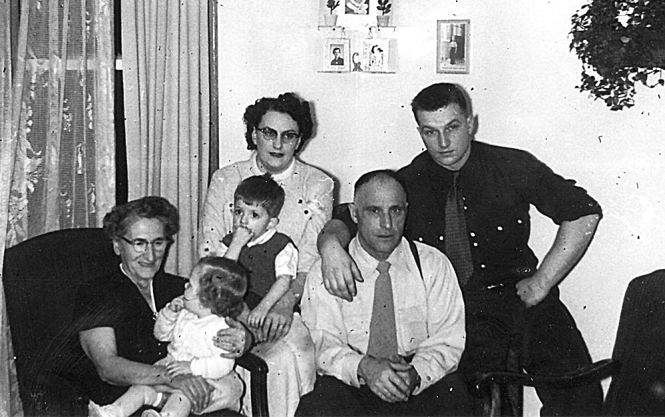 A family portrait. Isabella Howie-Owens-Pelletier holds her granddaughter, Lorraine Rochon, Winnie Rochon holds her son, Norman, and sitting next to them are Joseph Pelletier (Isabella’s husband) and Paul Rochon.